Over a thousand books of all kinds have been donated for the sale by Friends of Tampa Book Arts Studio and other interested supporters. They range from classic and popular novels and nonfiction titles, to more unusual books issued in attractive illustrated editions or books about books and book collecting. Most books will sell for $1, paperbacks for 25 cents, and there will some better books at higher prices.

The Music Room is located just off the main lobby of the historic Plant Hall, the former H. B. Plant Hotel, on the University of Tampa campus.

Donations of books for the sale are still being accepted. Phone 813-257-3099 for information on dropping off books, or for other questions.

Posted by Tampa Review & Tampa Press at 6:19 AM No comments: 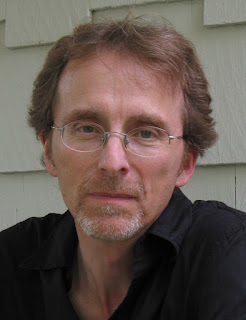 Poet Dennis Hinrichsen of Lansing, Michigan, has won the 2010 Tampa Review Prize for Poetry. He receives a $2,000 cash award and book publication by the University of Tampa Press for his winning manuscript, Rip-tooth. His book will be released simultaneously in hardback and quality paperback editions in early 2011.

Hinrichsen is the author of six books of poetry, most recently, Kurosawa’s Dog, winner of the 2008 FIELD Poetry Prize. His other collections include The Attraction of Heavenly Bodies, The Rain That Falls This Far, Detail from The Garden of Earthly Delights (winner of the 1999 Akron Poetry Prize), Cage of Water, and a chapbook, Message to be Spoken into the Left Ear of God.

Tampa Review judges praised Rip-tooth for its “toothy” delivery of “sharp, biting, fresh poems in a manuscript that is also deftly controlled and carefully shaped.”

“Rip-tooth explicitly affirms an American voice in the poetic tradition from Walt Whitman and Hart Crane through John Cage, John Ashbery, Mark Strand, and current poets,” the judges wrote. “At the same time, classical and international allusions abound in this rich, evocative collection. Individual poems have philosophical depth and surprising arcs from private experience to popular culture. There is energy, intelligence, and fresh, sometimes visionary language.”

Judges of the Tampa Review Prize for Poetry also identified nine finalists for the 2010 prize. They are:

Susan Berlin of Yarmouth Port, Massachusetts, for “Restaurants Where We Didn't Eat”;

Susanna Childress of Holland, Michigan, for “Entering the House of Awe”;

T. J. Jarrett of Nashville, Tennessee, for “The Moon Looks Down and Laughs”;

Travis Mossotti of Carbondale, Illinois, for “About the Dead”;

E. I. Pruitt of Saint Louis, Missouri, for “The Bull in the Drawer”;

Hinrichsen is recipient of a National Endowment for the Arts fellowship and two grants from the State of Michigan. His poems have appeared in journals including American Literary Review, Black Warrior Review, Crab Orchard Review, Field, Notre Dame Review, and Passages North, and have won awards from Carolina Quarterly and Poetry Northwest. He teaches at Lansing Community College.

A selection of poems from Rip-tooth will appear as a “sneak preview” in one of the next issues of Tampa Review, the award-winning hardback literary journal published by the University of Tampa Press.

Rip-tooth is scheduled for release in Spring 2011. A reading tour of Florida to celebrate its publication is planned for National Poetry Month in April 2011, sponsored by the Florida Literary Arts Coalition.

The Tampa Review Prize for Poetry is given annually for a previously unpublished booklength manuscript. Judging is by the editors of Tampa Review, who are members of the faculty at the University of Tampa. Submissions are now being accepted for 2011. Entries must follow published guidelines and must be postmarked by December 31, 2010.

Posted by Tampa Review & Tampa Press at 12:00 PM No comments: 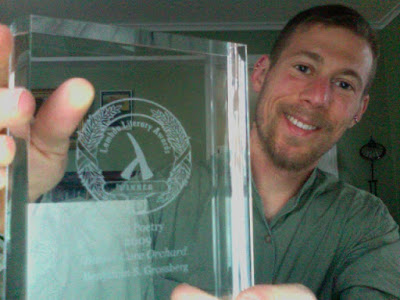 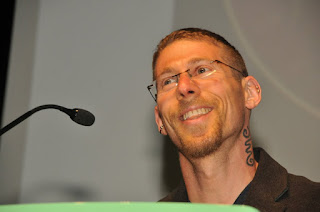